Forever Nights in the story of my first year as a “writer.” Up until this point, I had mostly been writing for my own sanity and pleasure, since getting to read my romances really wasn’t happening. Books in Singapore were expensive and hard to find, and I had purged most of my collection before we left and put the rest in storage. (Big mistake. Huge.) But then our time in Singapore was done, and we moved back to California. I had met this amazing group of readers online through Sarah MacLean’s Old School Romance Book Club, who were on Facebook at all hours of the day and night. They were one of my lifelines to home, and they gave me the hope and encouragement that I could really do this thing. I had put Someone Special up on Amazon on my 35th birthday, determined that I would do this thing. I then took it down a year later, when I realized it needed a lot of work. I also joined my local RWA and began going to meetings in addition to the online classes I’d been doing abroad. I learned so much (and cringed A LOT), and I kept working on what I had already done.

And then I heard about this conference. RT, it was called, and a lot of people were excited about going. It was in Las Vegas, and that was a short flight for me, which my hubby could book on miles… I mentioned it to him, and his response was “If you’re going to do this, you should really DO this!” followed quickly by “Do you think we could fly your mom out to help with the girls?” (Nope, still not sharing him.)

Shortly thereafter, I heard from another OSRBC-er about this contest being hosted by author Cherry Adair. For $35, I could have her foot planted up my butt, “encouraging” me to FINISH THE DAMN BOOK! It sounded perfect for where I was. I had one more book to write to finish off the quartet, and after another major move and baby #3 who arrived two months before our repatriation, I needed some external motivation to get my ass in gear. Even better, Cherry offered to meet with each of her contest peeps who went to RT for a private plotting session. We sat in a darkened Starbucks (who closes a coffee shop at 3 pm?!) and Forever Nights was born. I had Jamie pretty well figured out, and Axel was coming together nicely, but my subplot was non-existent, but I was inspired by Las Vegas. The casinos, the restaurants, the shows, the shopping, Las Vegas provided such a rich canvas for my characters to play in. I also had very fond feelings for Las Vegas. It was the first couple trip the hubs and I took after our first baby arrived, and it reminded me that I was more than an exhausted new mom. Good memories… Wandering around during RT only solidified my decision to use it as my backdrop for this story. Lush is a composite of several high-end casinos on the Strip that I explored while I was hiding from the hustle and bustle of RT. You will recognize the café with the amazing chocolate treats and the “convenient” bathrooms if you ever go to Aria. Elements of the Wynn and the Cosmopolitan came into play also.

Let me say this: If you ever have the opportunity to get Cherry in your corner and excited about your work, TAKE IT! Her energy is amazing, and she will be absolutely right when she tells you your plot has no conflict.

So I spent the next 8 months writing my brains out, and polishing, and rewriting, and editing, and writing some more, trying to get the book as good as I could so that I could honestly say on January 15th that I had FINISHED THE DAMN BOOK! And I did. And on January 16th I got the call that changed my life. 7:34 AM, hands shaking as I read Seattle Call on my screen, I sat on the floor of my bathroom as Cherry told me I had won. She’d already sent my work off to a New York editor and wanted me to fill out paperwork for my custom covers. Talk about overwhelming. My husband waited until I stopped squealing and crying all over him to ask what next?

Indeed. What next? See, I had this plan. I was going to take this self-editing class and spend time working on the four finished books. I was going to save up and pay for a real editor and try to release a book every 6 months while I got busy writing the next. I figured it would buy me two years…Yeah…

As I went into panic mode over things I could not control (remember Olivia?) my darling husband said again to me, “Do what you need to do to make this happen. Pay what you need to pay. We’ll figure it out.” (Seriously. Quit asking. He’s all mine, and I’m NOT sharing!) So I have now professionally edited 4 books since January, and I will have published all four of them by June 27th. Whew! That contest kicked my career into overdrive, and it’s been a crazy ride ever since, but I wouldn’t change a minute. I also won’t ever edit four books back to back with two different editors. I’m not a glutton for punishment. I am just so freaking thankful to have this opportunity. I feel like I’ve grown as a writer so much this year, both in terms of my craft and my knowledge of the business. And this year when I went to RT in Atlanta, I had “Published Author” across the bottom of my name

tag instead of aspiring. That was a damn good feeling. I hope you’ve enjoyed this little glimpse into my life as a writer, mom, wife, and sometimes world traveler. And as always, thanks for reading with me. 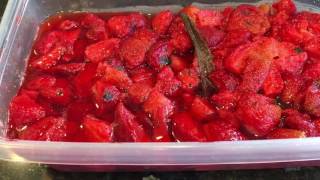